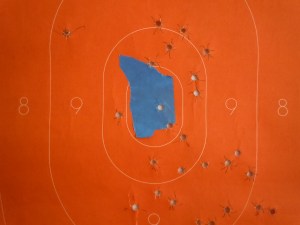 Ken, a retired L.A. cop,  hired gun and Brittany Spears’s former bodyguard, lives down the hall from my Hollywood slums apartment. Ken is an African American of giant stature born and raised in the City of Angels. He appears to be a wealth of information on the subject. After several neighborly visits whereby I pour a strong cup of coffee and he brings the cookies, I’d come to learn much about this here city of the rich and famous. He ruminates over the demographic changes on the very block we live. He remembers how nice and safe it was ages ago when his family lived and flourished here. Being black certainly had its problems then, too, but he says it’s in noway as bad as it is now. I am not sure what he means, so I listen. As streets just around the corner run through his mind I get the feeling this isn’t the first time he’s thought about this. A repetitive memory comes across both in the way it’s remembered and the way it is told. I wonder why. He speaks as a victim telling of his victimhood and it seems odd considering his size and poise just minutes earlier. His entire family of home-owners fled the area one by one in an exodus due to increasing crime and Mexican gang presence. It’s not too bad on this block, yet, he explains. It’ll be bad when you see graffiti tags on the pavement. Then it’ll be time to go.

In a change of subject I express interest in target practice as I brandish my Marksman air pistol real proud of the fact that it spits out real copper bee bees. A 70s plastic number, it is, that with the slightest maneuver shot several degrees off mark and beckoned ‘You’ll shoot your eye out, kid.’ Ken, however, does not seem to restrain himself in ridicule. Or suggest that if I wanted  to play with the big boys I may concider an upgrade. What he does do however is offer to take me to the Los Angeles Gun Club.

We pick out a corner booth of the 50 foot indoor range. The club has been around since 1988 and is frequented by professionals in The Force and the L.A. Police Academy. Ken gives me a few pointers introducing me to his 9mm semi-automatic before we take turns at the target. The gun has a kick to it and weight unexpected for a handgun. It seems realer than real. No comparison to my featherweight bee bee.

The name of the game, Ken explains, is to release the pressure, don’t hold on to it too tight as you press the trigger, and when you do, move your body weight toward the shot. It is awkward to do that since we as humans tend to hold it all in, grip it tight when in control of such a powerful weapon. It’s terrifying, really, to think of its probabilities. The violence it could induce in one misstep.

He spoke as zen master to his pupil. Letting the energy move through you and forward. Which is difficult to imagine doing when you anticipate the jolt of the bullet fire once you push the trigger. It’s somewhere between control and letting go, he explains.

Being indoors with multiple shooters at the same time there a couple things that will also throw off your senses. One is the shrill sound of multiple bullets firing at different rhythms. But the other I hadn’t considered as a first-timer is the quizzy odor of burnt ammo. Lack of oxygen.

At first, I made some calculating shots, taking my time way too long at aim.

Ken, a trite-and-true professional, handles the piece in commonplace fashion by removing it from my hands carefully, switch to pin safety before placing the pistol to rest on its side. He performs this ritual over and over in rhythmic precision. Minding his movements well and keeping behind the red line. After shooting his round, he aids my position by placing his hand over the barrel in order to lower it and condition my habits accordingly. In similar measure he reloads and places it back on the table, again to its side. I take my place behind the line, pick the gun up, switch safety off, adjust my weight and Bam. Ken aims for the head of the target while I shoot for the heart. After a couple of turns, I get a little warmer and less reluctant, taking the cylinder’s ten rounds to task.

“What was going on there?” Ken asked, “what were you thinking about, you looked like you went somewhere with that one.”

Instruction can only get you so far. At some point after you’ve got to let the pupil go. See what he’s made of.

Afterward to keep with tradition, we go through the drive-thru at Randy’s Donuts. Good times. 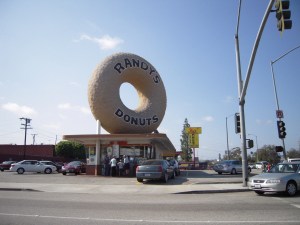